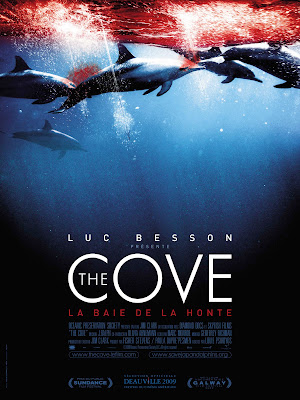 Just spent about 90 minutes on the above titled Academy Awards winning documentary, "The Cove". It is indeed the best documentary that I have ever watched with the message that it is trying to convey to the world. 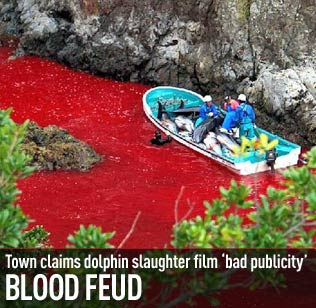 The documentary is on how tens of thousands dolphins killed in a small town called Taiji in Japan and how these meats being traded as whale meats in Japan. Worth watching!

What To Look Forward This Week

First & foremost, I am back as corporate slave come this 1st April 2010, took up a managerial position. One of the best interviews I have had so far in my working experience, all done in 1 day including remuneration discussion, benefits, roles & responsibilities. 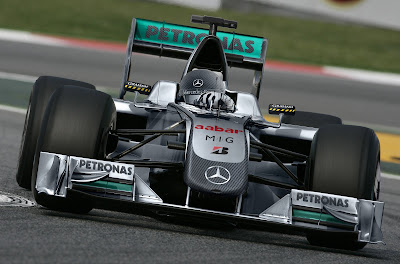 And I am already looking forward to this weekend F1 race in Melbourne, Australia. Pundits said Schuey shall be back on fire after 3 races. Nevertheless, I want to see the Silver Arrows conquer the track. It had been a good racing weekend in Bahrain, most of the teams were competitive. Ferraris did well with both cars on podium. Both Mercedes scored points too at Bahrain, let's hope they go on podium this time around in Australia.

I am also looking forward to footie matches this week as the EPL is approaching its finale. Later today, bitter rival Chelsea will be facing Portsmouth, let's see if Avram can disappoint the Blues or not. The Devils are currently on top of the table after defeating Liverpool last weekend and leading Gunners by 2 points & Blues by 4 points. We will be meeting Bolton this weekend and there should not be a problem to grab a 3-points there. Glory Glory!

Let's see if all the good things are coming to greet me :)
Posted by MikeM at 2:04 PM No comments:

Email ThisBlogThis!Share to TwitterShare to FacebookShare to Pinterest
Labels: Personal

To Blog or Not To Blog

Close to two months now since my last post. Perhaps my longest break from blogging after so many years. 2010 so far had been a wavy one, I am completing my project in Hong Kong real soon and there are a few personal stuff that is keeping me away from writing. I had also stop being the contributor for another corporate site due to unforeseen circumstances so I shall be able to update as often as possible, keep fingers crossing!

I am going back basic in a lot of things, be it in life or be it in the blogging. My template is back to basic, everything needs to go back to basic. I am starting all over again.

There are a few important individuals that I would like to thank who had been my pillars at this journey - mom, bro, sis, fat one, slim one, the cat & the one who chose to love me for who I am.

MikeM
To stand still is to lose, to move is to gain, to change is to win.